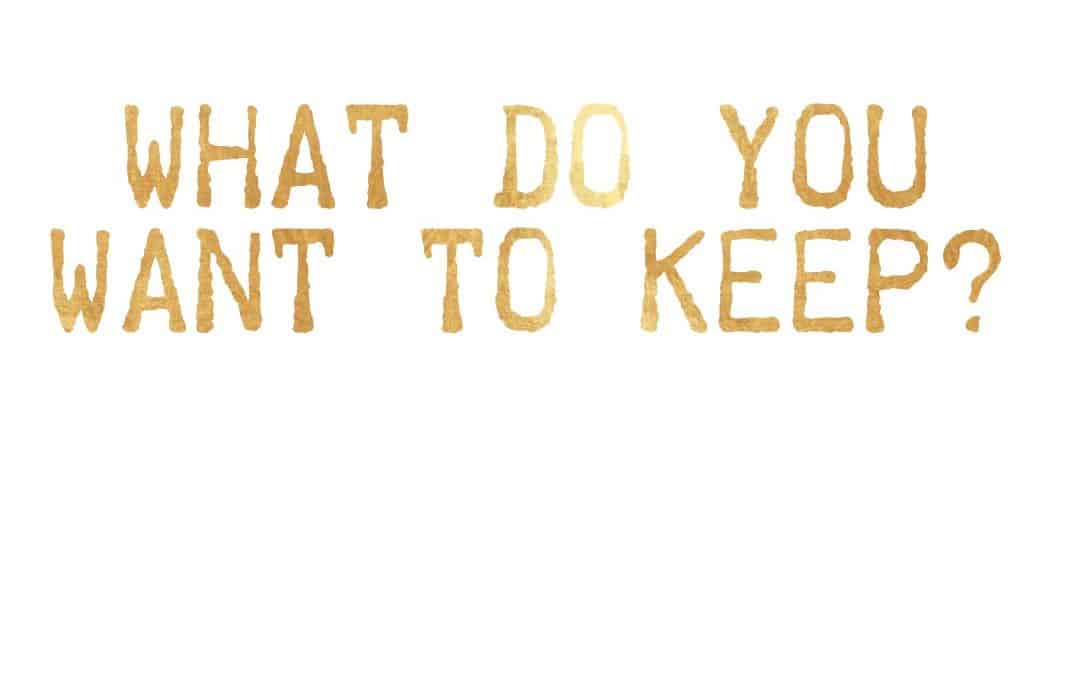 Getting organized, living minimally, participating in decluttering challenges are all ideas that seem to be increasing in popularity.  You can find a plethora of articles on “how to get organized”  with a simple google search.  Most of us don’t realize the negative impact that living among clutter has on our daily lives, but more and more people are feeling the need to let go, declutter and get organized.  They often have a vision of what the end result is, but have trouble getting rid of their unnecessary belongings.

Whether you are jumping onboard the minimalist movement or simply want to simplify and finally feel organized in your own home, there is one question you should be asking yourself.  I’ve shared tips on how to organize and steps to follow that help to make your home clutter free.  All of these are helpful tools, but I’ve recently discovered one question that makes a big difference, HUGE really!

It doesn’t matter what room or project you are tackling.  The question is the same.  Stop thinking about what you want to throw away or donate and do not ask yourself, “what can I get rid of?”!

Begin your decluttering project with the simple question,  “WHAT DO I WANT TO KEEP?”. 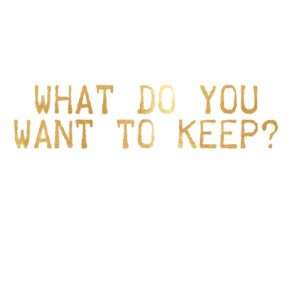 It’s common to have a basement to sort, closets full of clothes that don’t fit or are out of style and overstuffed cabinets and drawers.  We know we want to toss or donate what we are not using but how do we decide what stays and what goes.  If we shift our mindset from “what do I want to get rid of” to “WHAT DO I WANT TO KEEP” the task at hand becomes much easier. 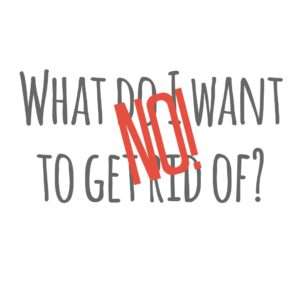 If I removed everything from your kitchen pantry, tossed the expired food items, set everything else on your kitchen table and asked you what you want to keep, I guarantee you would not keep every item on display.

In this kitchen pantry scenario the process would look something like this:  You would not elect to keep the box of crackers you don’t like and don’t normally buy, that half eaten box of crackers would remain on the table.  Lids from disposable coffee cups that are long gone would stay too, the bent tin with the missing lid isn’t a keeper either.  What about the ice cream maker you got as a wedding gift and have only used 1 time………..in 11 years.

When asking yourself “what do I want to get rid of?”, you give yourself the opportunity to keep more than you really want and definitely more than you need.  Lets go back to the ice cream maker with the question, “what do I want to get rid of?”.  The conversation would go something like this…it is a really nice brand, it was an expensive gift and it still works.  You know you never use it and have zero intention to use it in the future but with those thoughts it would more than likely be put back on the top shelf (out of the way but still there) of the pantry and you would find yourself dealing with it again a few years later when you take the time to clean out the pantry again. 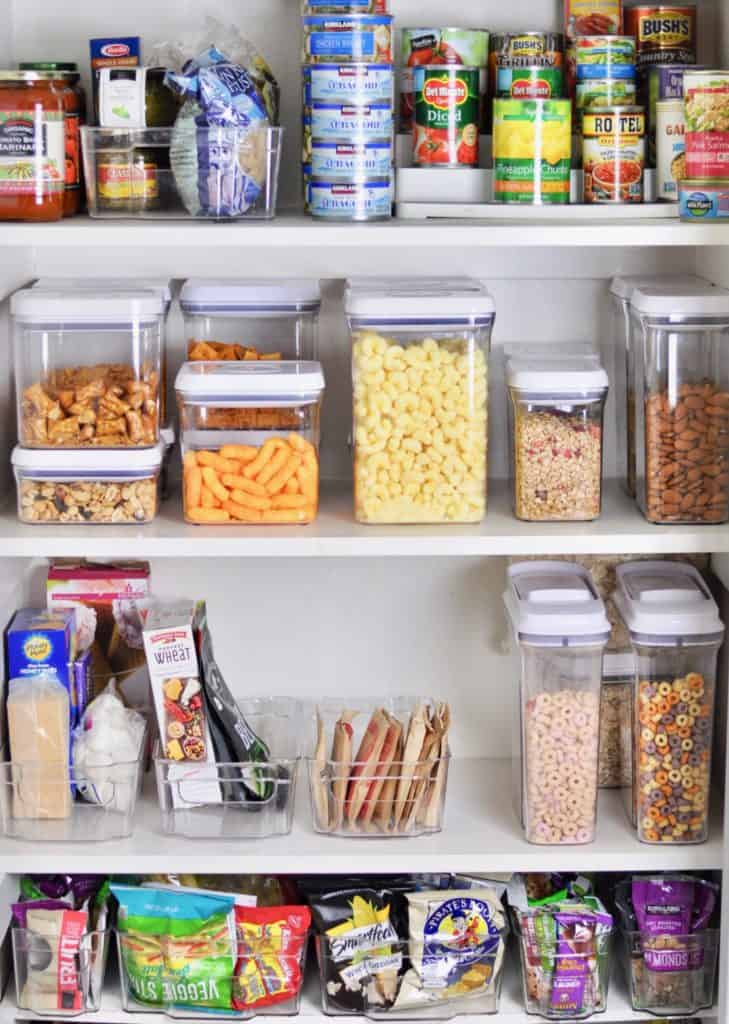 Now, let’s ask the correct question with the pantry items that are on the table.  “What do I want to Keep?”  Of course the crackers (and other food) that no-one eats and/or likes doesn’t go in the “keep” pile, the disposable coffee lids are useless without the cups so those stay on the table too.  Some of these items are easily going to get tossed or donated, but what about the ice cream maker.  It’s pretty simple, when you ask yourself “what do I want to keep?”, the ice cream maker isn’t even a thought.  You don’t use it, therefore it is not something you want to keep.  It doesn’t have to end up back in the pantry collecting dust.  You can donate it, it won’t be wasting space in your home and you will feel good about blessing another family with an item that can be used to it’s full intention.

If you aren’t convinced that this 1 question makes a big difference, try it with kids.  Sometimes children don’t want to part with anything when you ask what they want to give away or get rid of.   Broken toys, toys they have never played with or have significantly out grown…they won’t even consider getting rid of these items………………BUT, if you take a child into her playroom and ask, “what do you want to keep?”, she will easily pick a few items and skip over the rest.

I tried this theory on my neighbors.  They have bedrooms full of toys and a family room overflowing with play sets, toys and books.  They openly admit they are in need of a serious decluttering session.  When the kids were asked to pick what they wanted to keep in the family room one of the children picked a stuffed rabbit, baby doll stroller with babies in it and a big container of legos.  The other child did not pick one item, NOT ONE THING!  He asked his dad about the scooter in the garage even when prompted to pick one or two toys from the room.   Because I know these kids this doesn’t surprise me at all, he would much rather be outside on his play set, playing soccer or riding his scooter or bike in our cul-de-sac than inside playing with toys.

Now, I’m not saying that you should toss 99% of your children’s toys because they only picked three items to keep when you dabbled in this experiment, but this should significantly guide your decision making.  For my neighbors this was a light bulb moment.  The parents literally could not believe that the kids chose so few items, even with a little coaching and encouraging to select more toys the kids didn’t.  The girl even said, “I never play with that” referencing the play kitchen and “I don’t like that” about a few other toys.  The mom told me that whenever she asks the kids what they want to donate or get rid of they rarely want to give anything away and it’s such a struggle that she ends up not cleaning out the toys and games or sneaking things out of the house and donating them without the kids knowing.  Of course the kids don’t notice when those toys are gone and have never asked for anything once it has been removed from the house.  Yes, we were tackling the same toy purging project that this family has approached many times before with a significantly different outcome.  A simple change in one question shifted the mindset of this family and drastically altered the results. 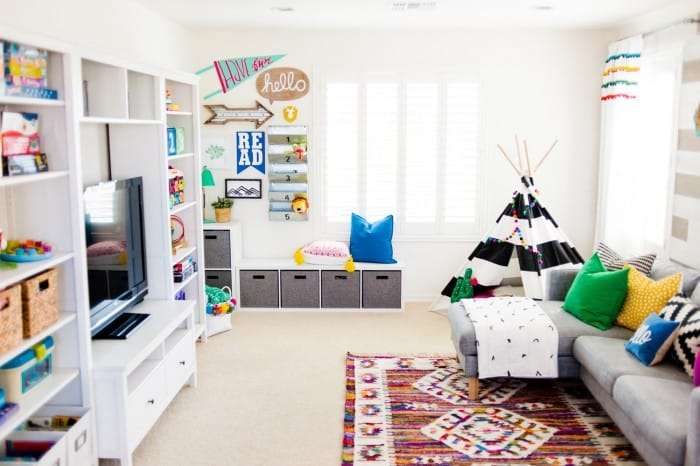 It’s not just the pantry or the playroom.  This practice can be applied to all areas in your home.  I know this works!  If you are fed up with overstuffed closets and feeling cluttered ask yourself, “ What do I want to keep?”.  Finally, you are free to get rid of the rest!

Tackle your new project with a different question and see the results for yourself.   What do YOU really want to keep? 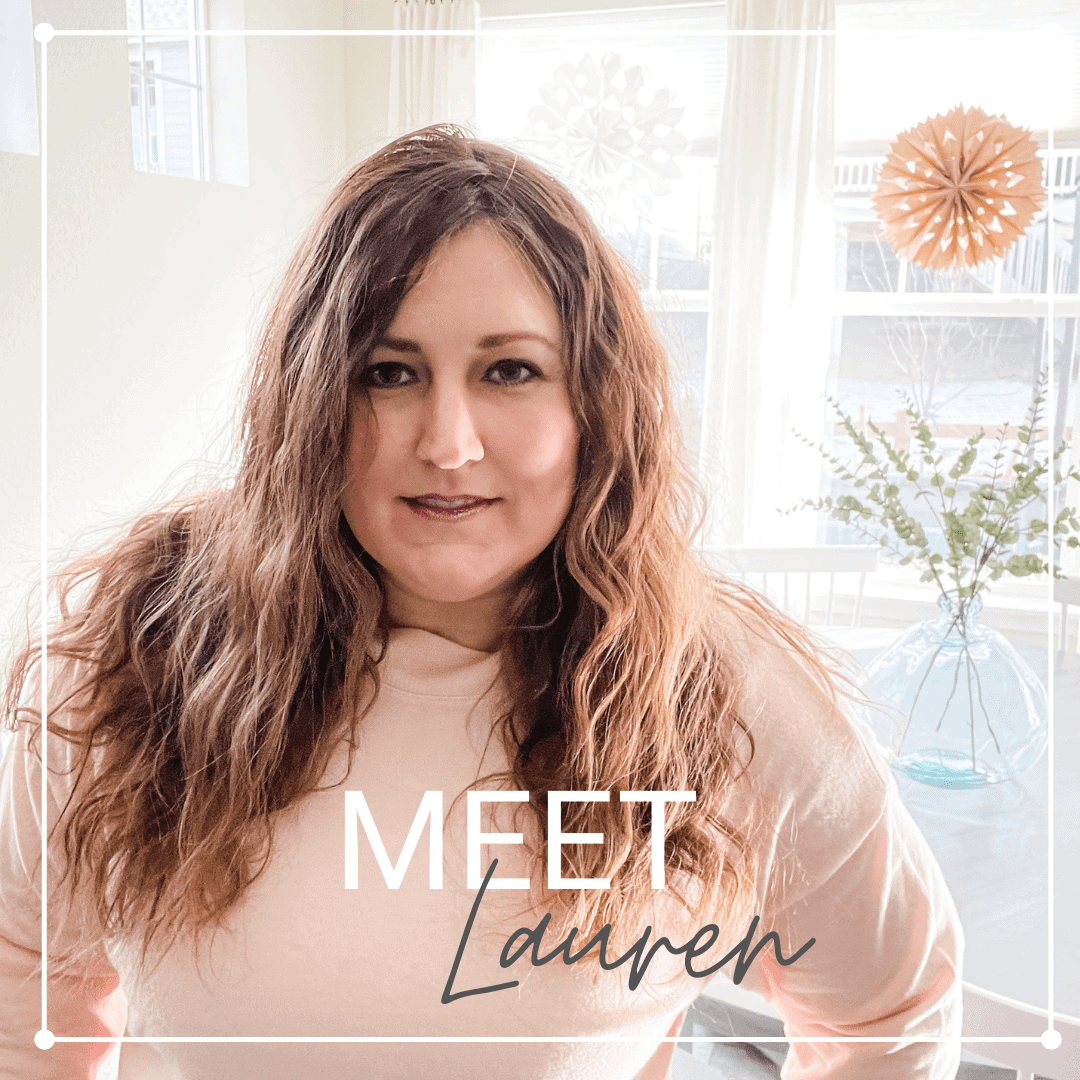 I’m Lauren, and I’m passionate about being organized and efficient and making spaces beautiful at the same time. I hope to inspire you to live your best organized life. END_OF_DOCUMENT_TOKEN_TO_BE_REPLACED 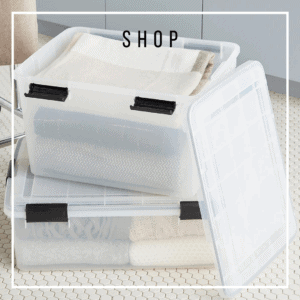 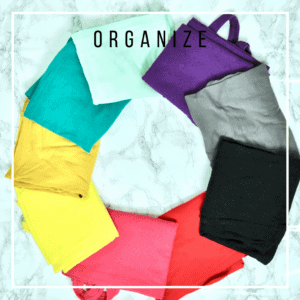 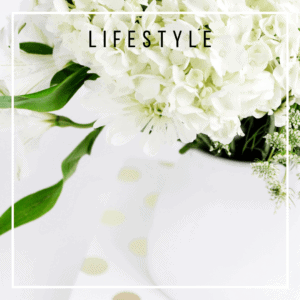 Don't miss a thing! Sign up to receive updates by email. 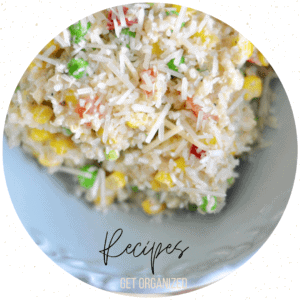 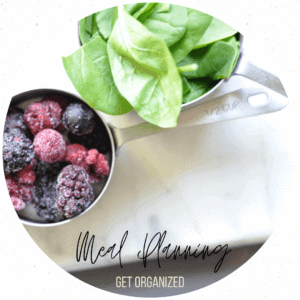 Ultimate tips for organizing your home and simplifying life, sign up to have some serious inspiration delivered to your inbox.